Chapter 1: The Knowledge of God

If we think of how inclined the human mind is to forget God, how easily it is led into error,  by what flights of fancy it dreams up, hour by hour, new and counterfeit religions, we may readily understand how necessary it was for the heavenly doctrine to be couched in written form, lest it perish through forgetfulness, or be lost through error, or be corrupted by the impudence  of men.

So it is that David first of all declares that the heavens proclaim God’s glory and the firmament his handiwork, and that his majesty is revealed in the orderly succession of day and night. He then goes on to celebrate God’s word, saying: ‘The law of the Lord is spotless, converting souls; the testimony of the Lord is true, giving wisdom to the humble; the righteous deeds of the Lord are just, rejoicing the heart; the precepts of the Lord are clear, enlightening the eye’ (Psa 19:7-8). What he means is that the message of God’s creation is universal, for all peoples, but that the teaching of the word is the school peculiar to God’s children.

Calvin asserts the word of God became necessary because while natural revelation reveals God’s power and many of His invisible attributes, in the hands of corrupted man, this knowledge can easily be twisted to suit his own purposes. Historic pagan religions bear witness to this fact. Ancient Greek culture invented deities that controlled particular aspects of nature instead of giving the one true God the glory He is due for His sovereign reign over all the cosmos. Many civilizations of old have followed their own imaginations in defining who or what brushed the blank canvas of space with a full palette of color, beauty and diverse complexity. END_OF_DOCUMENT_TOKEN_TO_BE_REPLACED

Surprisingly, my conversion from free-will theology to Calvinism came rather swiftly. It’s shocking really, if only you could understand the depths of hatred I once held toward those doctrines.

I resisted initially, desperately hopeful that some sensible compromise existed between these diametrically opposed belief systems. I figured the Semi-Pelagian flavor of Arminianism fell into one ditch while Calvinism veered clear over to the other side of the road. I searched in vain for the imaginary highway that ran through the middle of both views, but I never found any signs to point the way. After wrangling with Calvinism for about 4 months, I finally beheld its beauty with a clarity only the Holy Spirit could grant.

The ditch I had plowed into, turns out, is really an off-ramp exiting the pothole plagued ‘Free Will’ service road. It flows into a smoothly paved four-lane interstate winding a clear path to the Celestial City. The road first runs through the firmly established townships of Sola Fide, Sola Gratia, Solus Christus, Sola Scriptura and finally Soli Deo Gloria, which lies at the very gates of the streets of gold.

You may have already deduced the obvious. My diligent search through the scriptures utterly convinced me of the truth of the Doctrines of Grace.

So, the first and foremost reason I became a Calvinist is the overwhelming evidence contained in the scriptures declaring God’s unquestionable sovereignty over every person, place and event in all of history. END_OF_DOCUMENT_TOKEN_TO_BE_REPLACED

I recently received the following comment from an adherent to the Satanist religion on the post Will Atheists Go to Hell? With his permission we’ll be having  a public discourse, interacting with each other’s worldviews.  First, I will post his entire comment.  My reply will follow.

Sorry, but I feel I have to disagree with you that God is the one true way. Who’s to say that the Muslims or Jews aren’t correct, and you’re wrong? This is simply your belief, not truth, and I feel you should let your daughter decide for herself. There are many religions, each professing to be the only one with the path to Salvation. What if every Christian in the world is bound for eternal torment because the Sikhs were correct? Surely a forgiving God would understand that in a place with so many religions, it would be human nature to make mistakes and choose incorrectly? Would he send people to Hell for making a simple mistake? Or agnostics, who aren’t sure which deity to pledge their allegiance to? Or atheists, who simply try to make sense of things using logic which leads them (possibly mistakenly) to believe that there is no higher power? Again, if they’re wrong, it’s an honest mistake on their part. Surely a just God wouldn’t send people to a place of eternal punishment for using their supposedly God-given brains to try and understand things.
And for those in places like Chad, where Christianity has not arrived, yet the people may live perfectly good lives. You’re saying God would send them to Hell for an accident of birth? Something they can’t control? Think about it.

Thoughts of a LaVeyan Satanist.

Prsim, first of all, thank you for presenting your thoughts openly and civilly.  I will endeavor to do likewise.  Next, I would like to enlighten my readers as to the worldview that you hold as a practicing LaVeyan Satanist.  Please feel free to correct me if I misrepresent your beliefs in any way. END_OF_DOCUMENT_TOKEN_TO_BE_REPLACED

Sam Storms has an excellent article on the controversial subject of divine election over at Monergism. Here is an excerpt:

In the final analysis, Calvin believes we should study divine election primarily for its ability to tell us 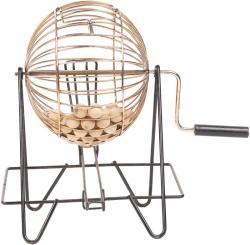 why one person who hears the gospel comes to saving faith in Jesus Christ and why another does not. To whom or what, ultimately, do we attribute the distinction? When all is said and done, how do you explain why one person believes unto eternal life and another does not? Who makes one person to differ from another: the person or God? That question can only be answered by looking more closely at the “how” and “why” of God’s sovereign choice. I’ll take that up in the next lesson.

There is so much in this passage that I run the risk of getting de-railed from my primary purpose. But I can’t leave it without making a couple of comments. We must take note that not everyone is given eternal life. Only those whom the Father has “given” to Jesus are granted eternal life. The idea of people being “given” by the Father to the Son is standard Johannine language for divine election (see especially John 6:37-65).

Note also that God has not utterly cast off the world of mankind, although it would have been entirely fitting and just had he done so. He has given ultimate authority over all flesh, over every man, woman, and child to Jesus Christ. Jesus has unassailed, unchallenged, comprehensive authority over all human beings: over red and yellow, black and white; over male and female, young and old; over the powerful and the weak; over the rich and poor; over the educated and the ignorant; over those down under in Australia and those up over at the North Pole; over those who live in caves and those who walk in marble corridors.

As Edwards himself pointed out in a sermon on 1 Peter 2:9, whether they are elected or not, they belong to God. He didn’t lose his rights to humanity because of the fall nor did he forfeit his power and authority to dispose of them as he sees fit. They are still in his hands. Neither did he lose his ultimate end or goal in having created them in the first place (see Prov. 16:4).

Out from among those over whom he has sovereign rights as Creator and Lord, the Father has given some to the Son in order that the Son might give to them eternal life.

Click HERE to view the entire article. It is a great read!