I’ve probably heard the catchy “Happy” tune a thousand times if I’ve heard it once. Only this last time, as I searched the airwaves for a decent tune on my short drive to work last week, the lyrics jumped to my attention. This one in particular:

My knee-jerk reaction to this proclamation was a decisive scoff. Us Christian curmudgeons don’t believe in happiness. Faithfulness to God is our calling. Happiness is not to be pursued, lest we fall out of the way at Vanity Fair and never return to the pilgrim’s path. I’ve been known on occasion, whenever people dare to call themselves Christian AND happy, to pour rain on their parade with a pithy platitude about how we are called to faithfulness, not fulfillment. END_OF_DOCUMENT_TOKEN_TO_BE_REPLACED

Surprised that I haven’t commented on this brouhaha yet?  Actually, so am I. My longtime readers know what an outspoken critic I am of Rick Warren and his purpose-driven pragmatism.  For those few who may not be in the know, pastor John Piper, a highly respected preacher/teacher both inside and outside of the reformed community has recently invited Rick Warren to his Desiring God conference this year.  Outrage and dismay ensued upon this announcement.  Piper made a video justifying his invitation to Warren, saying among other things that he believes at root that Warren is theologically and doctrinally sound. I’m biting my tongue as I write – so much I could say…  Maybe that’s why I haven’t said anything.

Bloggers responded immediately, resoundingly condemning John Piper’s discernment in allowing this man a platform at his conference.  Some bloggers went over the top and unfairly attacked Piper’s character and his ministry.  In certain circles John Piper has been declared anathema.  Honestly, If I had posted an article immediately following the announcement I may have crossed that line too as a knee-jerk reaction.  I held back, seeking to see the whole picture first.  I guess the Lord is maturing me after all.  I was beginning to wonder about that.

Anyway, at this point I don’t feel the need to address the issue other than to commend to you an article from Phil Johnson over at the Pyromaniacs blog.  After giving the controversy some thought, I can honestly admit that I agree with Phil’s balanced post in about every way possible. And since he can articulate himself much better than I ever could, I will simply point you over to his blog for a thoughtful take on Pipergate.  Enjoy! 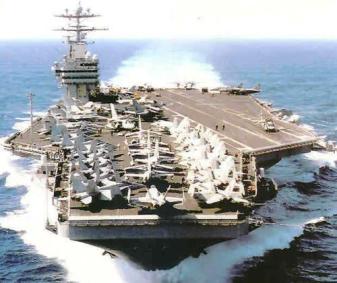 Christ tasted death for everyone who has faith. Because the faith of everyone who believes was purchased by the death of Christ.